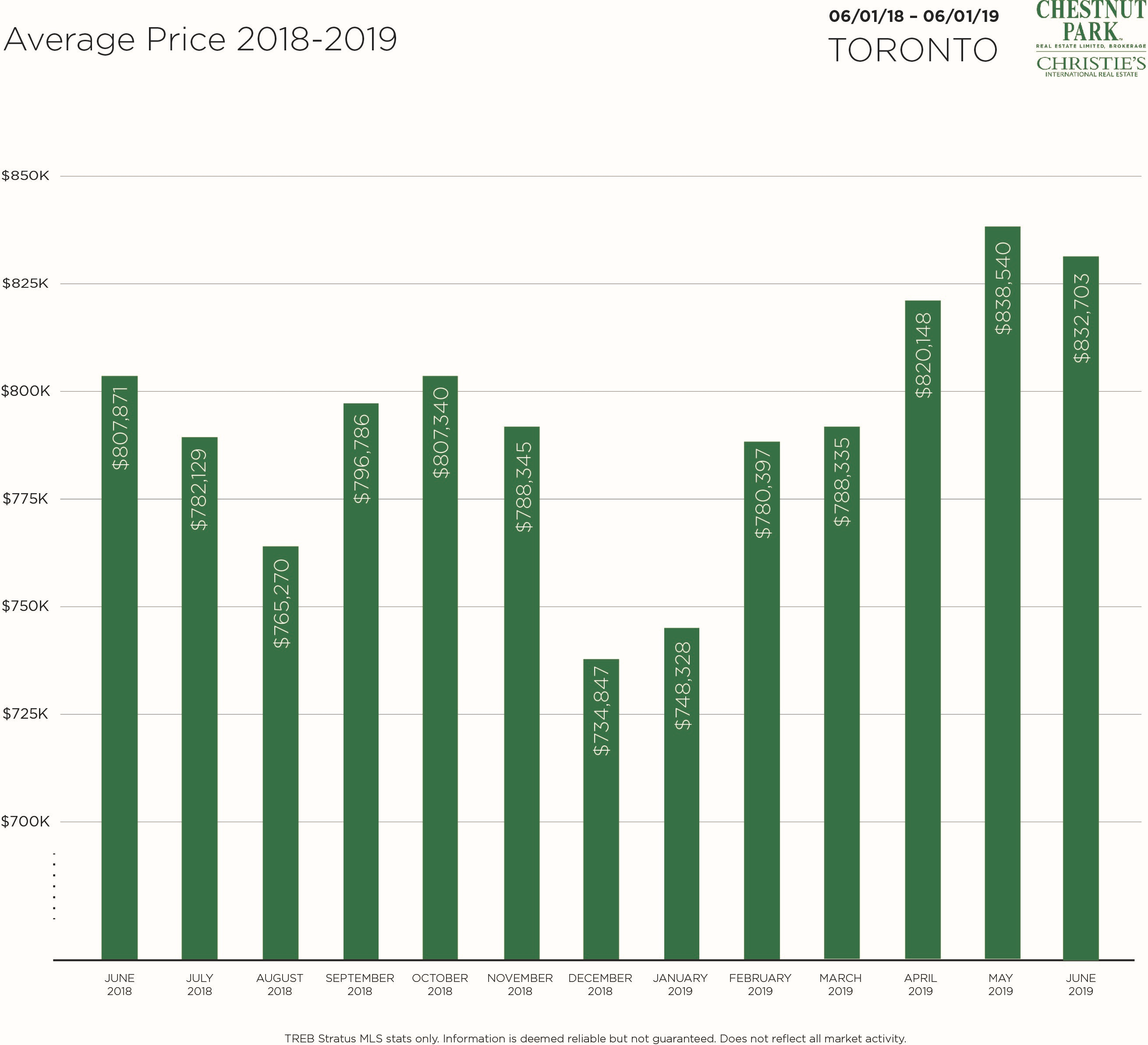 Inventory continues to be a concern. In June 15, 816 properties came to market, almost 1 percent less than the 15,876 that came to market last year. The bulk of those new listings were in Toronto’s 905 region. At month end buyers in the greater Toronto market place had 16,655 available properties to view and purchase. Unfortunately, that number was almost 6 percent fewer than the 20,844 properties available last year at this time. 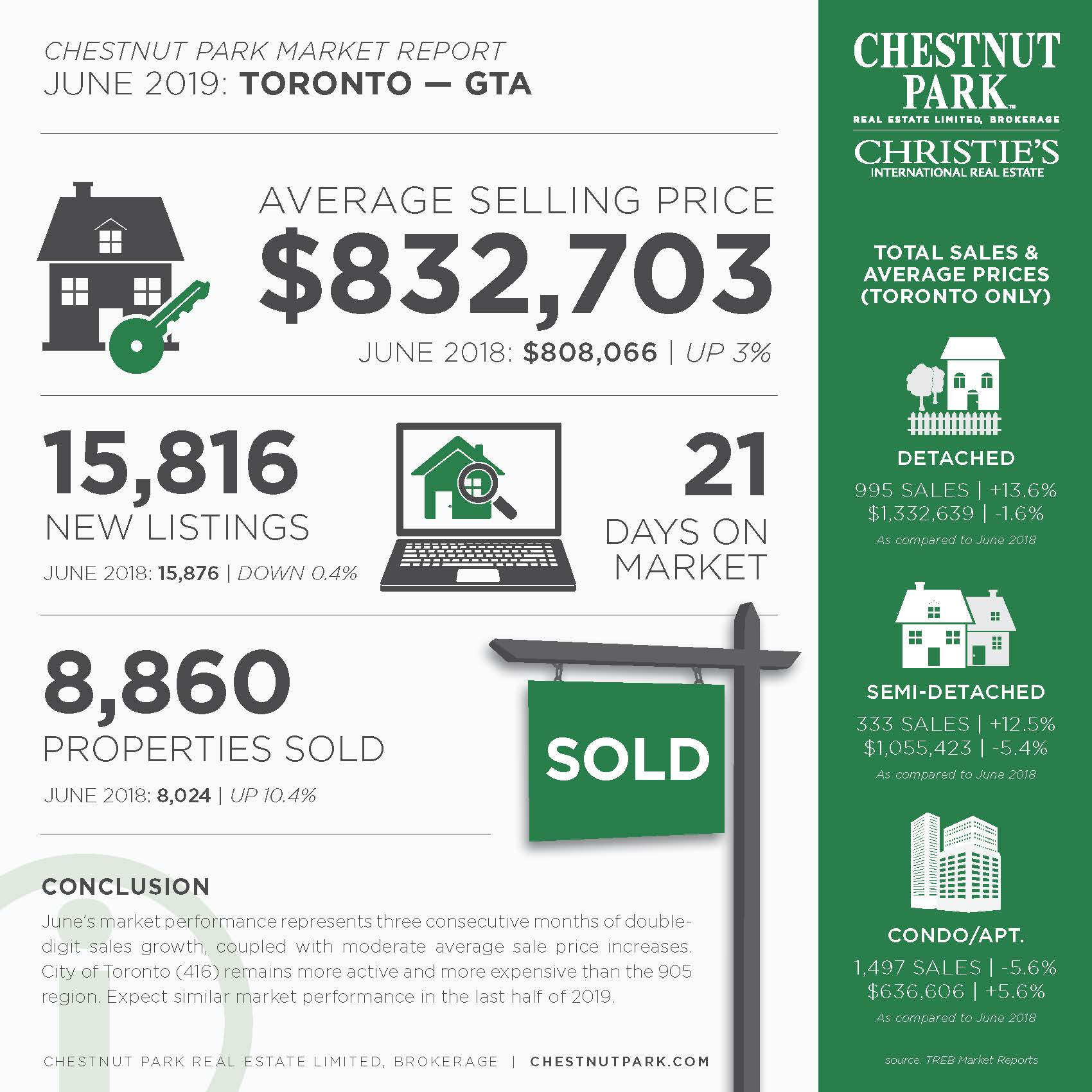 Urban Researchers Frank Clayton and Eva Shi recently reported that in 2018 the population of the greater Toronto area grew by 125,298 people, second only to Dallas – Fort Worth – Arlington, which grew by 131,767. The City of Toronto grew by 77,435 people over the same period, by far the fastest growing city in North America (Phoenix came in second with a growth rate of 25,288.) All of the greater Toronto area’s growth is immigration driven.

The problem for the city of Toronto and the greater Toronto area is that this growth is not singular. It has been occurring year in and year out for more than 10 years. The compounding effect has put tremendous pressure on housing both from the perspective of availability and affordability. Having only 19,655 properties available throughout the greater Toronto area is simply not enough.

The high-end of the market continues to improve. In June 257 properties having a sale price of $2 Million or more were reported sold, almost 9 percent higher than the 237 reported sold last year. Detached homes, which represent about 90 percent of these sales, came in at an average sale price of $1,332,639 in the city of Toronto. In Toronto’s central districts the average sale price for detached properties sold was just over $2 Million.