The December market for residential resale properties came in exactly as anticipated, with substantially higher sales and average sale prices compared to last December, and not surprisingly, the month and year ended with a critical shortage in available resale inventory. 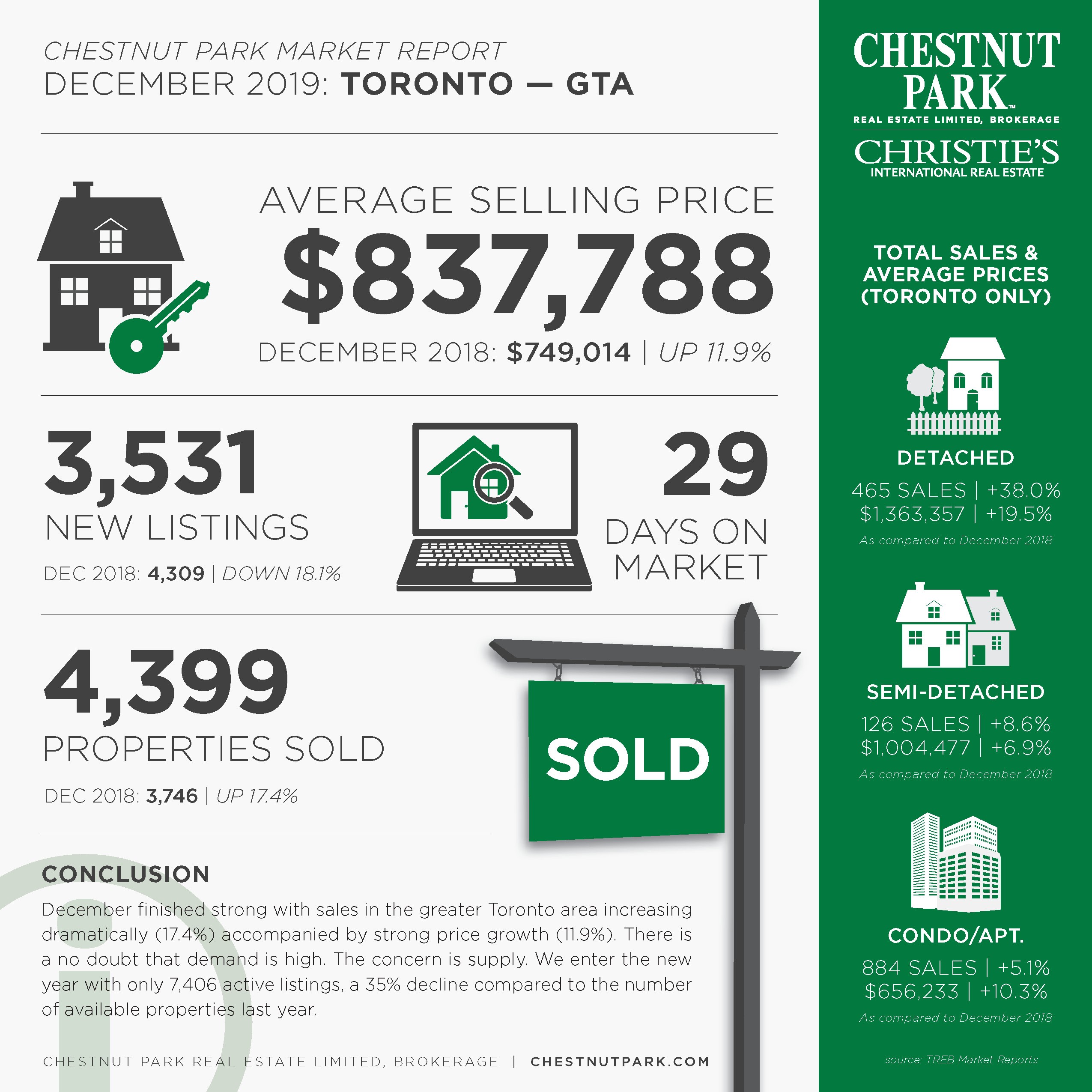 The average sale price for all properties sold in the Greater Toronto Area came in at $837,788, almost 12 percent higher than the average sale price of $749,014 achieved last year. Homeowners will no doubt be happy with this increase, but the rapidly rising prices, once again approaching record levels, put a strain on affordability and their longer-term sustainability, especially with salaries and wages increasing by about 3 percent annually.

Notwithstanding rising resale prices, 2019 sales results might have been higher had there been more inventory for consumers to buy. Housing data related to inventory at the end of December is seriously concerning. 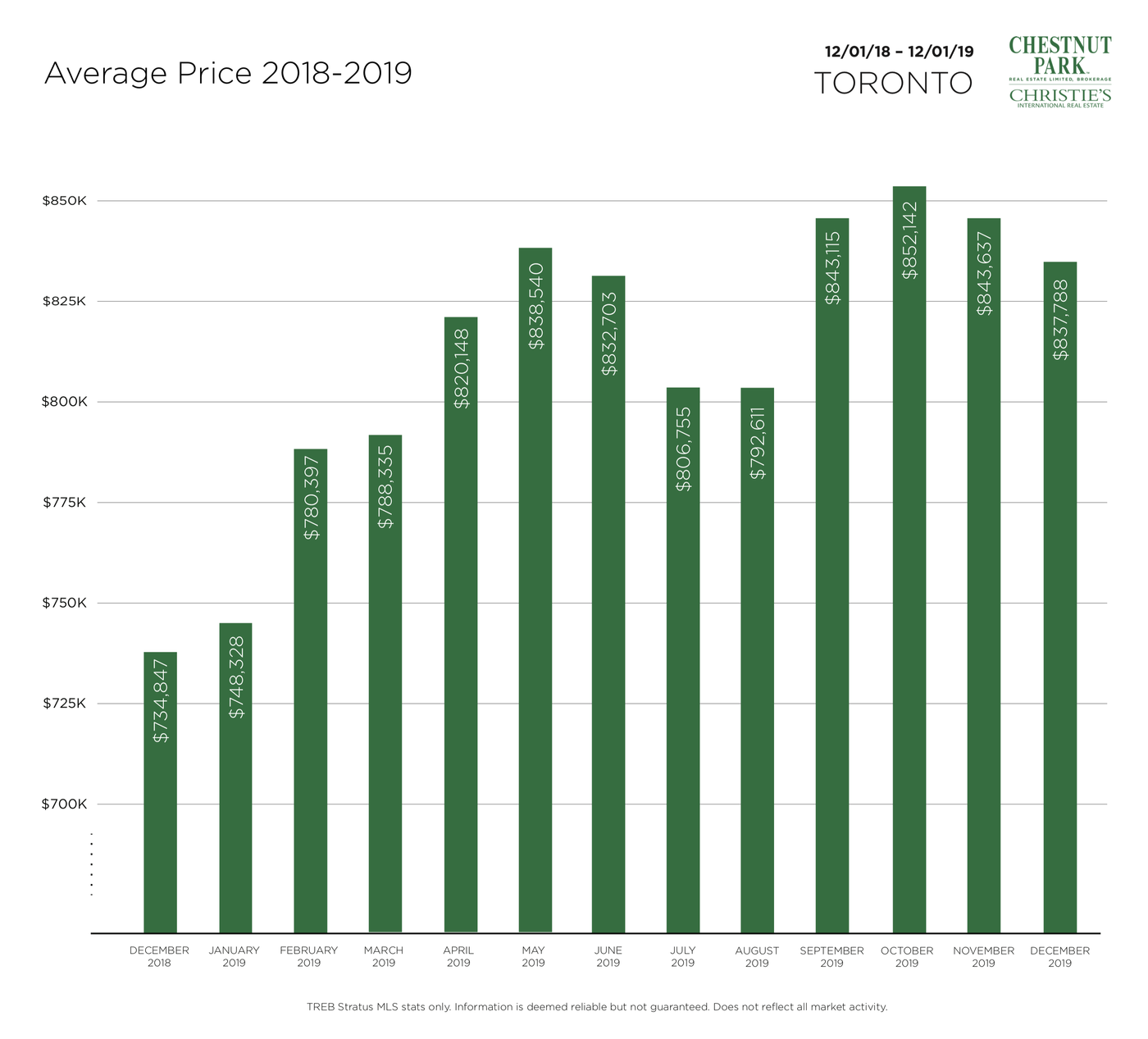 Year-end numbers indicate that inventory will play a crucial role in the success of the Toronto area residential resale market in 2020. If sellers decide to take advantage of the near-record sale prices and bring their properties to market, Toronto’s residential resale market will be strong and produce year-end sales that exceed the 87,825 properties that were reported sold this year. Price appreciation should be muted by the fact the average prices are at record highs and restrained from further growth by affordability.